I knew the time was coming. Lia was closing in on 16. My Element was over 150,000 miles even though it had only been driven on weekends since 2008. My Civic was already over 150,000. It just took some events to set the gears in motion.

The first kick in the pants was when I had to get my Civic’s checkup before our trip to Albuquerque. I went ahead and let them appraise my car. The trade-in value that they came back with was $2000. If that’s what my six year old Civic Hybrid is worth, then my 2003 Element must be just about worthless. I decided that the best thing that could be done with it was to gift it to Lia if she could get her drivers license.

The second kick was when Thea’s mother had her washer overflow and back up. (or vice-versa) It was a piece of cake to just throw the wet/dry vac into the back of the Element and drive it to Moore. I didn’t really want to give up that convenience. I started looking a little more than casually for an Element replacement.

The third kick was on Lia’s birthday. I was wanting to do something special so I did. For the first time in 157,543 miles, I had an accident in my Civic. It was drizzling. There was glare. The car ahead of me shifted lanes so that I could see the hazard lights of the accident ahead. I had four full seconds of both feet on the pedal braking but I still smacked into the rear of a Caliber. She and the Acura had been sitting there for forty minutes in the middle of the road waiting for me.

And the final straw was a two-fer. The rental that Progressive originally set me up with was a Chrysler 200. I hated everything about it. I hit my head on the door getting in. I hit my knee on the steering wheel getting out. I hit my elbow on the console changing gears. Everything about it seemed off. I called Progressive and asked if I could change it out. And the set me up in a 2014 Kia Soul.

When Thea and I were in Chicago, we were driving around in a Soul. Since 2012, Kia’s redesigned it to add more interior room and ergonomics, as well as increase the engine size and improve the handling. Call my rental an extended test drive. By Saturday morning, I had gone through every option and was ready. The only comparable car that I had no personal experience with was the Jeep Patriot. It shared the pricing, insurance rating, and recommendations. But in my test driving, it just didn’t knock my socks off.

We were at the Kia dealership for about three hours before the papers were signed. But now, I have a Soul. And it’s bright and shiny silver.

1 thought on “I actually have a Soul”

This site uses Akismet to reduce spam. Learn how your comment data is processed.

Photo of the Moment 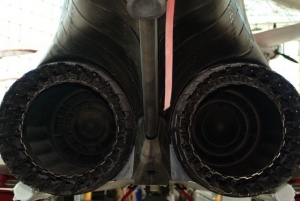